There plenty of simple and avoidable mistake to remember when it comes to home security. In this short post we’ll discuss 4 common home security mistakes to avoid, including: leaving entrances unlocked, announcing your absence, using fake security equipment and neglecting to maintain your home security systems. 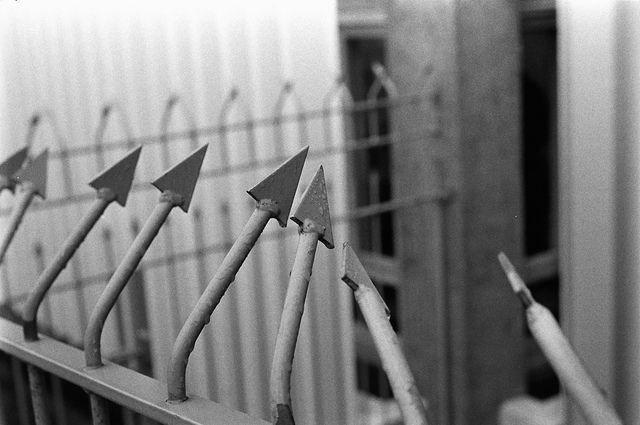 Leaving Entrances Unlocked
It is surprising that in 2012, 34 percent of burglaries in the United States occurred because of unlocked entrances. It may seem like an obvious concept, but many people neglect to lock up. Burglars use the front door most of the time, and sometimes the rear entrance. You should make sure you lock both, as well as any other entries into the house. Source: Home-security-monitoring-review.toptenreviews

Announcing your Absence
With so many people using Facebook, Twitter and other social sites, it can be easy to forget that you might be compromising your home’s security without even knowing it. Never announce an extended absence from your home or “check-in” at any location that could identify you as out of town. Doing so can make your house an easy target for a would-be thief. The same goes for leaving notes on the door for the mailman or delivery person. Source: Ackermansecurity

Using Fake Security Equipment
Many homeowners bluff their home security measures by using dummy equipment such as fake surveillance cameras to deter burglars. Similar to bogus home security yard signs and window decals, burglars can tell the difference between real and fake equipment. Save yourself the trouble and leave the junk for the dummies who use it.

A better alternative is to set up a security system that has the ability to deter crime and detect trouble. New home-control technology gives you the power to look in on what’s going on in your home from wherever you may be. Simply open an app on your smartphone and view a live feed from surveillance cameras around your home. You can also configure your system to send alerts to your smartphone if motion is detected or if other dangers occur, such as a house fire or flood. With this technology, you can confidently display a yard sign or window decal from your security company that will actually make burglars think twice about breaking in. Source: Alarm.org

Neglecting to Maintain Your Home Security System
Security equipment should be checked annually by a professional. While self-testing is a good practice, a professional can give you a more specific diagnosis of your system. Furthermore, you should inspect—and change the batteries of—smoke and carbon monoxide detectors annually. Ensuring proper functionality is easy: For most models, you simply have to press and hold the button labeled “test” until the alarm sounds. Source: VectorSecurity