For further information go to https://mrlocksmith.com/

I have tried them both and they do what they say they are going to do. But what’s interesting, this is the Ring notice on it. But there’s been this doorbell 2nd generation tool has been linked to numerous fires throughout the US and Canada. I don’t know about Canada so much, but I know in the U S. Now Ring has not done a recall on this. They have sent out a notice, and we’ll put the link here on the video saying what the problem is. And it’s an interesting problem. So again, this is not really Ring’s problem. What is happening, and I’ll pull this apart here, is people are, it has a little battery pack and you can chargeable batteries or replace them or whatever. But there’s a machine screw that covers the battery pack. Well, what people who have been purchasing this have been doing, instead of the machine screw, they’re taking the longer wood screw screwing it into the housing, and it goes into the batteries and that’s what’s causing the short or the heating and is causing the fires. They have not done a product recall (update Ring has just announced a recall), and I can understand. You can’t fix stupid. The people are going to you know if you have a machine screw and they throw a wood screw in there is that really their fault that customers are stupid. However, we call it regression towards the mean somebody you’ve got to design stuff so stupid people can’t hurt themselves. So I grabbed this Ring video doorbell that is has a battery pack. And this is generation two which they say is the problem.


Let’s see what we got. Never unboxed this one, this is brand new. So there is the Ring. For simple, easy to do, this one is not expensive. I think they’re blowing them out the door cheap right now. It’s not an expensive doorbell. It’s like 100, $150, but it’s, again, it’s not a recall. They’re just saying, and I always loved they come with a nice little kit here, a little, you know it’s got everything in here to install it quite easily. And this is the one for people who don’t have. You have the battery pack because you don’t have the doorbell wires leading to your doorbell. So this is really good with the battery pack for people who don’t have the wired system to the front door. Here is the little machine screws. So there’s one little tiny machine screw, these three other screws. 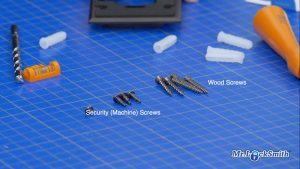 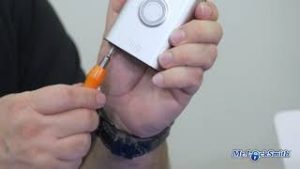 It’s well packaged, Well, you know, well-designed like under $150, I think they’re on sale even less. Let’s warn everybody we have a video. The secret to these things really is they want you on the monthly plan. You can’t blame them for that. They wanna make money. This is a good little kit. Oh, even a little level. Oh my goodness, they got a little bit of everything in here. When you install this, with the wired system or the unwired, there are two areas they can make a mistake on. What’s happening is there, people are taking the woodscrew and there’s when they put this on the door, instead of, this is how you slow people down from stealing it. You put in the little screws on the bottom. So there are two little machine screws, go on the bottom. If you put in the two screws, it slows them down. They have to have a Torx, a small Torx. There are two little Torx screws that go in the bottom. Now what’s happening is people are either losing these because when you try, you’re trying to install this upside down and backward, you know, upside down on your door and you’re gonna lose these little screws. Yeah, it’s just a fact of life. You gotta drop them. People are dropping them, losing them. And whether they’re doing is taking the longer screw putting it into the bottom. And they’re tightening that screw all the way into the battery pack. So it’s not really Ring’s fault. So that’s why it’s, there’s a warning out to the public from Ring on this problem. And this is basically, is just basically people who don’t know the difference between a machine screw and a wood screw and people being stupid and forcing this thing. You really got to crank this to go in there and destroy that lock or destroy the battery pack. It’s a good product. I like their products, they’re good. It’s not a, it’s not a Ring problem.

I hope you enjoyed watching this Ring Video Doorbell Fire video. Subscribe to my channel, also visit my website and you can see what online locksmith training I have for beginners, intermediate and advanced, as well as my covert methods of entry and my non-destructive methods of entry.

Ring recalls 350,000 smart doorbells after some of them caught fire 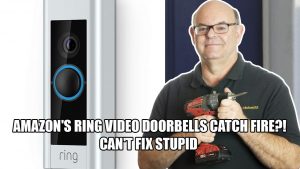